The 7 Pillars of Smart Growth The 7 Pillars of Smart Growth

We've boiled down a strong, repeatable, sustainable, and scalable customer and revenue acquisition process to seven key pillars. We call this The 7 Pillars of Smart Growth - 30 years of experience in seven pillars.

Making a sale is not really making one sale, it's making three distinct sales. The trouble that selling and growth organizations get into is that in most cases, they focus 90-95% of their attention on only the third sale: why people should buy from them. 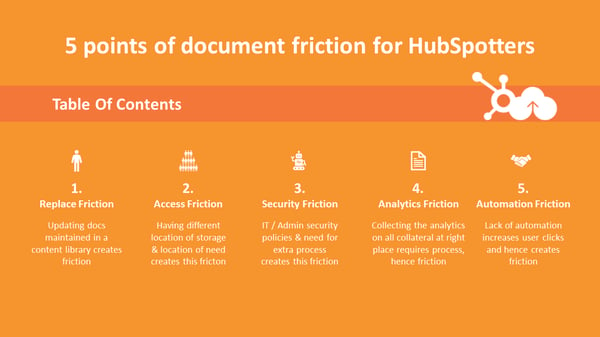 But, that's not really where the sale is made. The "sale" is made in Sale 1. It's been said "no pain, no problem, no sale." If that's the case (it is), we need to acknowledge it in our customer acquisition efforts. The most predictable “signal” as to how someone, or a group of people, will behave in a purchasing process is how they define the problem they’re trying to solve and/or the opportunity they’re trying to capture. Sale 1 is all about defining the problem, the cause of the problem, and deciding that the status quo is no longer viable and that change must occur. This achieves the first level of intent (we call it Intent-1) - the commitment to investigate.

The third sale is all about who are we going to use to solve this problem? If you've done a good job leading Sale 1 and Sale 2, winning Sale 3 is all but a foregone conclusion.

Pillar 2: The Physics of Growth & The Role of Intent 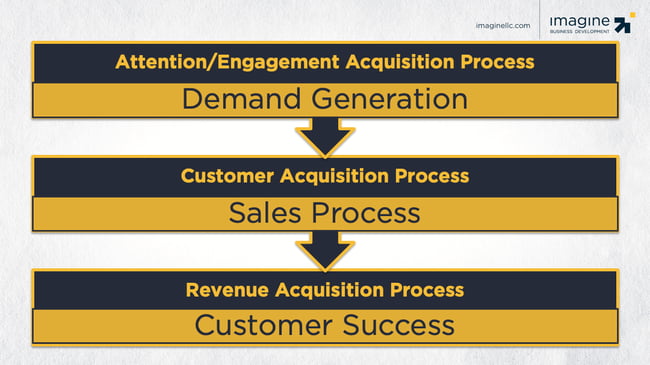 To build a Smart Growth Engine, you must master three processes:

These three processes work independently and have different critical inputs, rhythms, and drivers. Smart Growth is very similar to a complex manufacturing process. When you manage for the whole, you generate tremendous profitability, predictability, and consistency. In manufacturing, you must balance your desired production with your production capacity. The same is true when growing revenue. Your growth capacity for one process is limited by the success of the previous process.

In this way, it's very similar to the physics principle of lift. When the velocity of the wind above the wing is greater than the velocity below the wing, a vacuum is created and lift occurs. The plane naturally rises in the air. The same thing that's true in flying a plane is true in growing a business. When you generate more velocity above the "wing" than below, your business experiences lift.

When it comes to growing revenue, the "wing" is buyer intent. The way people think and behave before and after intent makes them, in essence, two distinctly different people. It's Jekyll and Hyde pre- and post- intent. While all sales occur post-intent, the stimulus that actually drives our decision process occurs before intent. It's a fascinating communication law that people are far more open to influence when they're not thinking about doing something than they are when they decided to do something.

As a business grows and the demand generation process builds momentum, the density of high-intent leads decreases precipitously, leading to higher and higher costs to maintain your growth. It also leads to shortcuts that create the mirage of improved short-term performance while simultaneously degrading the organization's ability to sustain growth, thrusting you into a vicious circle that goes straight to The Commoditization Trap.

The only viable strategy to sustain or accelerate growth while enhancing the cost structure and capacity for growth is to create engagement before intent exists. Actually, that's what demand generation really is all about. If you're not generating engagement before a potential customer has intent you are not influencing. This means you are only capturing demand, rather than generating it. 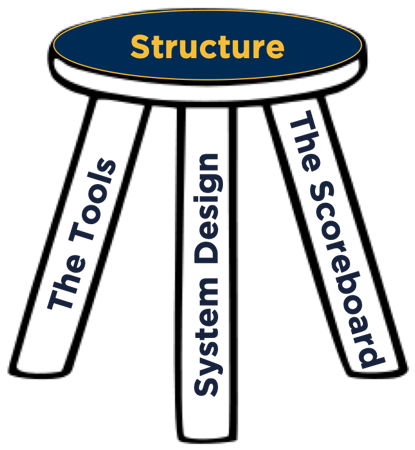 The common wisdom for companies seeking growth is to prioritize like this:

For organizations serious about growth, the opposite is true. Structure is the “invisible hand” that guides all action and behavior. Structure is driven by three things:

Today companies have made major investments in creating great content, hiring great people and utilizing leading technology, but those investments aren't yielding the returns promised. The reason for this is that while you may have built a world-class DESCRIPTOR, you haven't interested in building the engine and designing your “plumbing” to fully unlock the latent power in those investments. 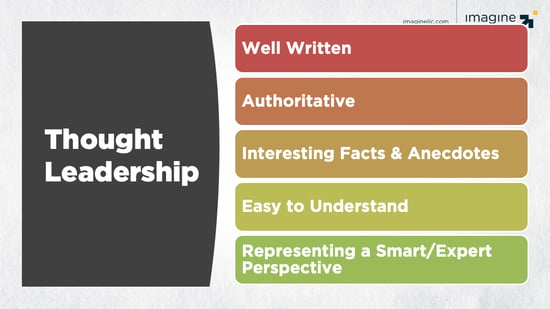 Creating multiple forms of content has become a standard objective of nearly every marketing or demand generation team. Yet as content continues to proliferate, research shows its effectiveness is in sharp decline.

Thought leadership is content designed to create the thought “these guys know what they're doing; they’re smart,” for the reader. The idea behind this is that when someone realizes they need something because they were exposed to our thought leadership and realize how smart we are, they’ll want to work with us (or at least talk to us). 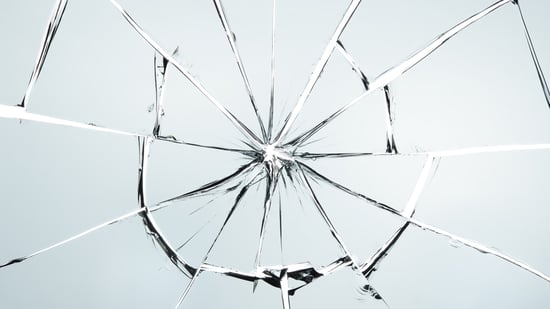 Theoretically, it should work, but it doesn't. Why? Thought leadership doesn't cause people to change their course or speed.

In contrast insights, or what we call Point-of-View Insights, are frame-breaking insights that change how the person you're communicating with thinks about their situation. They change their mindset and mental maps. Insights are designed to upend the status quo. Make no mistake - insights politely but explicitly teach the customer why they're wrong.

If you don't change how somebody thinks about their situation, then you're not really influencing. You'll see your sales process drag, more friction, and more competitive pressure.

Customer acquisition and sales have a lot in common with hitting a baseball. Every situation is different and no two swings are exactly the same. It’s easy to create a repeatable process when the inputs are always the same; just as professional hitters have learned to execute a repeatable and predictable swing - the swing path - to maximize the likelihood of having a successful at-bat, you must create such a process to handle the dynamic situations associated with growing your business. 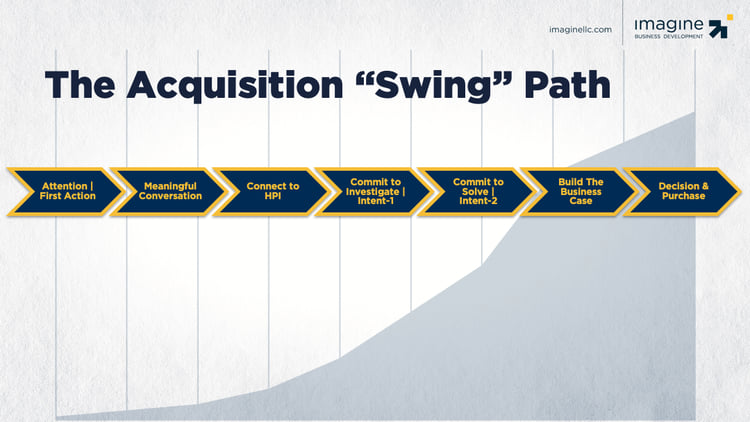 We’ve identified 7 stages a sale goes through, every time regardless of situation or industry. While the time, distance and key drivers between each stage can vary greatly, the acquisition “swing” path is still there. Mastering such a process will have a dramatic impact on increasing the predictability and velocity of your efforts.

Here’s the operative question to assess the value (and effectiveness) of your marketing, demand generation, and sales efforts:

Would a prospect (or customer) be willing to pay for a sales call from one of your salespeople (or to view your latest blog post, marketing email, etc.)? 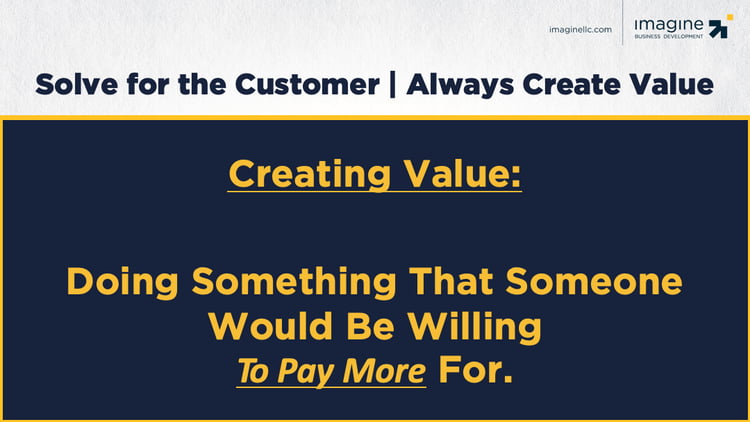 “Value creation” is one of those overused buzzwords that sounds like background noise to most people today. The reason? It’s been used with no meaning. What is value creation? Simple, it means that you do something that someone would be willing to pay for. So if you’re generating content, conducting demos, making sales presentations or doing anything else that your target customer wouldn’t be willing to pay for, then whatever you may be doing, you’re not creating value.

Who would pay for such a thing you ask? Everyone does with, at least, their most precious and scarce resource: their attention.

“Always be helping” is another one of those buzzwords. While it appears that most businesses have evolved beyond the “always be closing” mentality associated with legacy sales processes, the reality is often quite different. While lip service is paid to such a change, the game being played has not.

Customer acquisition is far more about effectively managing, facilitating and leading a decision process than it is about managing a sales or buying process. If your strategy is focused on “making sales,” then you are not solving for the customer. Despite your best efforts, your alignment will degrade and you will have to work harder and spend more to generate growth, at lower margins.

Growth (and even non-growth) companies and the people within them are obsessed with speed. We are spending more money than ever before on technology. We’ve “re-engineered the enterprise” to enhance efficiency. We’re using big data (and little data) to become data-driven. All of these investments are being made to enable us to go faster.

And we are going faster and working harder than ever before. Yet, despite all of those investments:

We’re going faster and moving slower. The reason? Speed does not equal velocity. 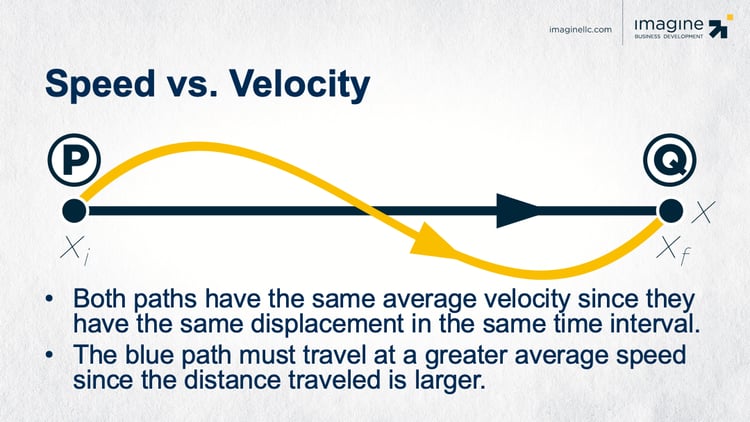 The final pillar of Smart Growth is to focus on your velocity rather than your speed. To do that, you’ll want to follow three principles: