Can you believe it's already almost the end of February? Mike and Doug can't either. Doug saw someone tweet the other day that it was the fastest, slowest week they've ever had and honestly we can apply that to the year overall. 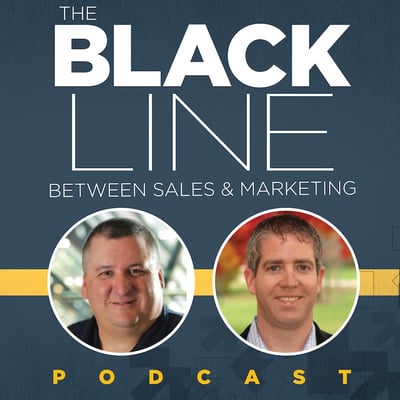 Mike jumps into this question by saying crypto is going to go to the moon, but he's only kidding.

Mikes actual first prediction is that because the world is opening back up, we're starting to see some organizations trying to force their employees back to the office. People are having a tough time grappling with that. He thinks over this year we'll continue to see the great resignation and people fighting for talent. He predicts that many organizations will see a riff in the organization.

Doug chimes in and reminds Mike to be careful when you watch the headlines because we have to look at it from every angle. In this case, what groups and companies are we talking about? Doug does think that the trend towards hybrid work is here to stay.

Mike's other prediction is that data regulations, security, and privacy are going to become checkboxes for companies and that if you don't have the right things in place, companies aren't going to be doing business with you. NDAs will no longer be enough, we'll start to see more organizations requiring 3rd party certifications.

While he doesn't believe this switch will fully happen in 2022, he does think the shift will start. Already for Mike and his company they're seeing companies asking for certifications or for them to fill out 450+ questionnaires to be considered a potential option for business. The downside is that these questionnaires take a lot of time, and financially to get a certification, at least for his company at the time, didn't make sense, so they had to turn down a lot of opportunities.

Doug also reminds Mike of when Scott Brinker was on talking about the future of MarTech. The one thing they called out in that episode was that the information and data presented was going off of the previous 10 years. At the time regulation didn't play a huge role there, so Doug thinks data privacy is going to be the next battleground.

The bigger trend here is that the risk pendulum is returning back to safety. Companies are focusing on why they're the best, but being the best is not enough. You now have to be the best and the safest.

For Doug, he has a lot of predictions. To name a few he believes 2022 is going to be a lot like 2021 and that we should all be aware of a surprise. We'll most likely see disruption in a lot of funded markets, interest rates are definitely going to go up this year, there is going to be some displacement which means we have to be thinking about the long game, and issues around wages is being underestimated.

Question of the Episode:  What is one thing you learned last year that others listening in can benefit from as we get further into 2022?

For Mike, don't assume you know what you don't know. Based off of the certifications and data privacy issues he's been facing, the biggest time project was not actually that difficult. Another lesson to take from this is that we have a tendency to focus around how we sell. Part of the problem was he thought the certification was a stupid document, but in reality we have to look at and understand how our customers buy.

Doug's lesson is that even when progress is monumental, it won't feel like it in the moment. In the moment it's problem after problem which doesn't feel like progress. Growth isn't linear or something that happens overnight. Growth actually looks like you're getting a whole lot of nowhere and then you take a giant step up. To get there you have to stay focused on the game you are playing. Slow is stead, and steady is fast.

Mike - For any organization, take small steps. If you take small steps with approach security and privacy and continue to make steady progress, choosing to do something like an audit will be much easier.

Doug - Define your game. You can't play your game if you don't know what your game is. The more you can focus and understand your game, the more you are going to find 2022 will be good for you.

For better or worse, marketers are obsessed with numbers. What's one of the biggest metrics they're...

How do you always manage to take a boring topic and turn it into something interesting? Ignorance....