4 Rules to Succeed With Conversational Marketing 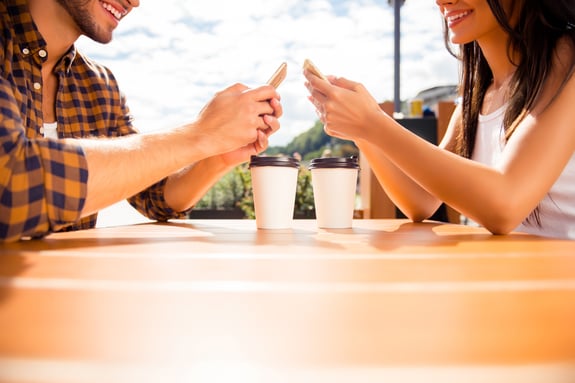 I often caution peers of mine to be careful about the echo chamber in which we often find ourselves. When they ask for examples, conversational marketing is the first thing that comes to mind.

About 1/3rd of the regular readers of this blog probably think of conversational marketing as the hottest trend in sales and marketing. Another 1/3rd have likely never heard of it and the middle third have some familiarity with it but aren’t entirely sure what it is or how it applies to them.

Regardless of which third you are, you must recognize that the changes in buyer behavior that accelerated more than a decade ago continue to evolve. Sellers who don’t adjust their tactics to stay ahead of (or at least aligned with) buyers will see decaying results.

The goal of this post is not to teach you the specific tactics or approaches. There are already three great resources for this (and I recommend all of them). Drift has built their Conversational Marketing University, HubSpot has added a strong program on conversational marketing to their academy, and my friend and fellow agency owner Remington Begg provides the most comprehensive set of tutorials, training videos, and tactics on the real-world implementation of conversational marketing that I’ve seen.

In this post, I aim to address four essential rules that you need to consider before you get into the nuts and bolts of building out your conversational strategy. In the past three months, I’ve experienced more than 200 chat experiences. (About 10 percent of these came from real-world situations I’ve found myself in and about 90 percent came from testing).

I don’t even need to fully use one hand to count the number of good experiences I’ve had. While I’ve seen a number of case studies that support the immediate sales improvement that comes from implementing chat on websites, I question how many times these strategies actually caused success. Furthermore, I’m concerned that there’s a heavy weight of negative equity and experience building as a result of just horrible conversational strategies. (Remember there was a time when many said the same things about cold calling that they’re saying about conversational marketing).

Follow these relatively simple rules and you won’t have to worry about a failing conversational strategy. You’ll also likely see a pick up in the results from your other strategies and tactics.

While marketers and salespeople (over)think the channel they’re communicating with, the vast majority of buyers do not. They are communication channel-agnostic; when they’re interacting or engaging, the “medium is no longer the message.” Your buyers and visitors want one simple thing - whatever it is they want, when they want it, with as little confusion or frustration as possible.

If the chat experience doesn’t align with the voice of the website, you’ve created unnecessary friction. If talking live with a sales rep is not similar to chatting with you, you’ve got friction.

Remember, one of the core purposes of conversational marketing is to shorten the sales cycle by making the experience more human, so be human.

In the tests that I ran I found two pervasive problems:

While much has been written and recorded about how to create effective chatbots (I share a thought below), relatively little attention has been paid to effective chatting.

This is why creating a playbook is so crucial (and in this case “playbook” does not mean designing the workflow for a chatbot). Playbooks provide the necessary context to enable individuals to take the right action in the right way at the right time, orchestrated in alignment with the actions that others are taking.

A Conversational Playbook should address:

I like bots, they take direction very well. And this is often the problem. People have a tendency to overthink and over-solve when building bots, and this is an exceptionally easy trap to fall into.

When I was first becoming proficient in sales training and coaching, I’d often have workshop attendees and even clients ask me if I could create an effective script for a situation. I’d reply jokingly that it wouldn’t be a problem, so long as they allowed me to script what the prospect would say. You can imagine my excitement when, in building my first bot, I finally had the opportunity to script both sides of the conversation. I probably don’t have to tell you that that first (or second) bot didn’t work.

I realized then that I was “building a bot,” rather than hiring a bot to accomplish a specific task or to solve a specific problem. Take a “hiring approach,” i.e., take a bit more time up-front, as you must really think through the scenario and clearly define the problem and objective. While it may slow down the bot launch, it more than makes up for it in the effectiveness and efficiency you gain when the bot goes live.

From the beginning of mankind, conversations have been at our core. Make no mistake, conversations and conversational marketing aren't going away. Whether you’re involved in a SaaS company looking to eliminate all the friction associated with buying so you can sell more licenses are a higher velocity or are in a highly complex engineering solutions firm with an average sales cycle of 2+ years, the time has come - and passed - for you to be thinking conversationally.

Welcome to part two of our series on understanding the real buyer’s journey. In the first session,...

Conversational Marketing is a hot topic today. Whether you’re in a book store,  in Times Square,...

Another year, another Inbound conference. This year’s gathering of inbound marketers and...