A few knee slappers here and there can be a great way to spruce up your content marketing efforts and enhance engagement with your B2B Prospects.

Using humor to engage your customers

You’re familiar with the phrase, “Laughter is the best medicine,” right?  Well, when employed properly, it turns 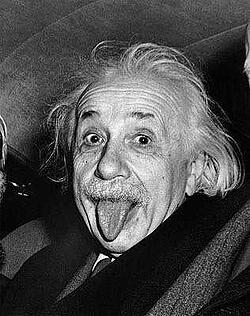 out that laughter can be good for business, too.  Now, does this mean that you need to find the next Chris Rock and put him on the payroll?  No.  And don’t dust off that paperback of “101 Party Jokes” just yet.  Leading communication pros agree (and so do we), that humor in business should be a subtle, nuanced affair.

Without getting into a bio-chemistry lesson (we skipped that class), humor releases those endorphins that make a person feel good.  It’s a great ice-breaker and it can be a motivator.  It surely can break the tedium of a long presentation, and it’s an attention-getting way of building rapport with your audience.  But if you’re thinking right now, “Damn, I’m lousy at telling jokes.”  Don’t worry, we’ve got some ideas to help you inject a little levity into your communications –in appropriate fashion, of course- and perhaps boost your business a bit in the process.

In 2008, former stand-up comedian and SNL writer/cast member, Al Franken took humor to a new extreme, all the way to the U.S. Senate.

Wrapping up his first term as U.S. Senator from Minnesota, he’s already started working on his re-election campaign for 2014.  Constituents and opponents alike look forward to his fundraising emails:

"Hello, I'm Woman Picking Out Fruit In Supermarket," opened a pitch sent to his supporters.

And sure enough, there was a picture of a woman selecting fruit in the Produce section.

But the woman isn't famous, nor did she have a personal testimonial of how the Democrat's first term in the Senate has impacted her life in Minnesota.

Instead, her story was as generic as they come.

"You've seen us shaking hands in business suits, posing together on college campuses, and laughing while we eat salads," the e-mail continued. "You've seen us on billboards, in magazines, and on pretty much every political website. We are the people in stock photos."

Franken has continued on the humor track, including teasing supporters that the way to tell the difference 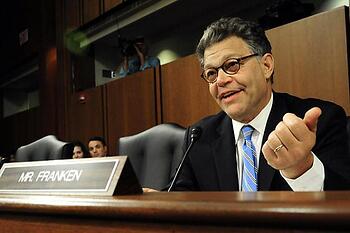 between one's boss and one's doctor is by asking to see a stethoscope (doctors usually have those handy).

And sometimes he just cuts to the chase: "So, yes, this is a fundraising e-mail," a 2011 pitch read. "Please click here and give me money."

Okay, again, you don’t have Al Franken’s comedic pedigree, but there is humor to be mined in all our lives, from both our personal and business perspectives.  Try these mechanisms in your messaging.

These anecdotes, quotes, stories, etc. are most effective when they illustrate the business point you’re trying to make.  Non-sequiturs may still get a laugh, but the humor behind it resonates even more when it has meaning.

Don’t overdo it.  The funny stuff should be used sparingly.  Humor fails if it interferes with your message; it works when it punctuates it.  Why do you think horse-racing jockeys are so small?  A little goes a long way. (Rim shot and curtain.)

Commodities Are Not The Problem. Commoditization Is.

Let’s start off with some definitions (granted you may not find them in Webster’s or Black’s Law...

So you’re taking the necessary steps to create killer content and you’re finally starting to...

Content Marketing Strategies: Blogging & Newsletters Whether your business is an Internet-based...