Inbound Sales: Beware of Those Who Claim to Manufacture Antiques 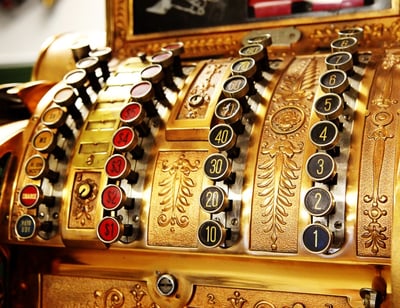 This may sound weird coming from me, but seriously the Inbound world needs to settle down and gain some perspective. They need to remember that data and stats, while valuable, do not tell the entire story. They must remember that, too often, statistics are more like a lamp post to a drunk...used more for support than illumination. They must also remember that it’s easy to confuse correlation with causation.

If the blogs and papers coming from Inbound advocates that I’ve been reading over that last few weeks are to be believed (and, yes HubSpot, this includes you), the world of sales and marketing has not just radically changed, but (for lack of a better description) has switched dimensions. We live in a bizzaro world where everything that worked before doesn’t work now.

The problem with all of this is that it's just not true!

I’ve been selling for almost three decades and what I do today is not totally different than what I did when I first started selling. Creating context, understanding the buyer, and being a trusted advisor are not new ideas (they weren’t even new when I started selling). Neil Rackham has been talking about the need for salespeople to create value since at least the early 80s (SPIN Selling was published in 1988). Has the world of selling changed? Of course it has. Are these radical changes? Yes, they are. But we’re still playing the same game. I think of it a lot like the evolution of football. Is the game radically different than it was in the 1960s or 1970s? You bet. But does anyone think that Fran Tarkenton, Johnny Unitas or (and Stacy this is for you) Bart Starr wouldn’t still be top quarterbacks?

Hate The Player...Don't Hate The Game

The strategies need to change as do the tactics. But Inbounders stop overplaying your hand! It’s dangerous. I realize that may sound like hyperbole, but I don’t think it is. The Inbound Marketing movement has built tremendous credibility (well earned by the way) and has literally 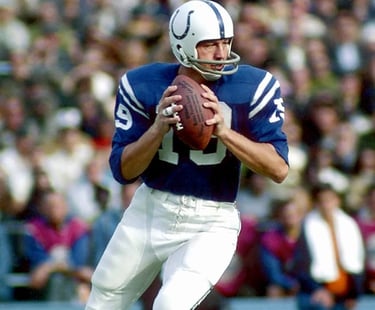 changed the world. Growth focused executives are listening to what the Inbound Movement is saying. However, the mumbo jumbo coming out from them recently about selling is going to cost Inbounders credibility (which is a bad thing for everyone) and hurt those who are listening to them.

False prophets are dangerous. With the recent release of HubSpot’s “Inbound Sales Certification” a plethora of marketing agencies and partners have been writing and posting terabytes of commentary about what is required to be successful in sales today.

The problem is they don’t know what they’re talking about. I am not saying this as an insult to these marketers. I know and respect many of those that are posting. I’ve learned a lot from many of them. But that doesn’t mean they understand selling. Sales is probably the most complex business discipline. Just because you know how to drive search traffic or design lead nurturing programs does not mean you know how to manage the intricacies of managing the sale. Frankly, it’s a lot like a bunch of fighter pilots trying to tell infantry and special forces how to do their jobs.

So, before you or your sales team give up because “today the buyer controls everything” let’s de-myth-ify the most popular claims surrounding “Inbound Sales.”

The Buyer, In Fact, Does Not Control Everything

Yes, the buyer has far more control than ever before and they’re less dependent on salespeople. Yes, salespeople used to be able to get by, by merely sharing simple information and now Google does that better and cheaper. And, yes, salespeople have to raise their game to be successful.

But, and this is still a big BUT, salespeople absolutely still have control. The CEB research that created The Challenger Sale identified that the best salespeople do three things very well:

Yes, good salespeople control the process. I’ve said this for 20 years and it’s as true today as the day I said it. If you are not part of your system, you are part of someone else’s. And that is not a strategy for predictable success.

This is probably the #1 piece of gobbledygook around inbound “selling” that drives me up a wall. If people (and that includes buyers) really knew what was good for them, then no one would still be talking about the possibility of Donald Trump being President.

The goal of effective selling is, and always has been, to create a win/win outcome. Miller Heiman coined the sales strategy of Win/Win or No Deal. While old school slimy sales tactics were often built to be a win for the seller and a lose for the buyer (Win/Lose), ignoring the interests or processes of the seller creates a Lose/Win scenario.

Effective sales processes are built to support the buyer’s journey, and the buyer should be at the center of the process being created. But, a) this is not new (I was doing that in 1990) and b) that does not mean that the seller’s interest should play no part of the process.

Full disclosure: We implement outbound programs for our clients.

If you’re not generating more quality leads than you can handle or you want to change the makeup of your current customer base (say increase the average size of a customer), then you cannot and should not rely on inbound marketing alone. You should be implementing inbound, but not exclusively.

Mike Weinberg is the king of targeted prospecting (listen to our podcast to hear his recipe). I’ve been doing a version of it since I got into sales. No self-respecting sales organization doesn’t keep a list of specific companies that they want to do business with. And if they’re waiting for those companies to come to their website before they approach them, then if they do visit, it will most likely be after they’re a customer of one of their competitors.

Call me old. Tell me that I just can’t learn a new trick. (And if you tell me that, I really hope you’re a competitor of mine). Human beings are not wired to naturally make decisions. As I shared in Sorry Virginia, There Is No Inbound Sales, the words decide and homicide have the same latin root. They both mean to kill.

Effective salespeople have always have curated knowledge, tailored it to their customers and led - as in LEAD - them them to make good decisions.

My favorite Jim Rohn piece of advice is, Beware of people who claim to manufacture antiques. All this noise around Inbound Sales rings of manufacturing antiques.

While the gameplan and playbook for effective selling has changed radically, we’re still playing the same game. Don’t let anyone convince you otherwise.

Point of View Selling vs Relationship Selling: Which Is Right For You?

Point-of-view (POV) selling has been around for a while now, but there are still those who resist,...

Selling Is Not War

I admit it.  I’ve used military analogies from time to time to explain both strategies and...

For most of the last 20 years, businesses and salespeople have had a tremendous tailwind supporting...