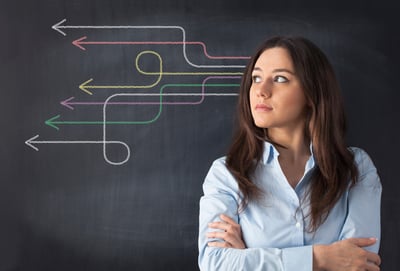 A common problem facing mid-sized selling organizations is unsustainable closing rates. I regularly conduct sales and marketing assessments for growth companies and it’s not at all unusual to see closing rates in the 20-25% range.

Unless you’re selling to an extraordinarily large market or have raised the capital to support a very expensive growth effort, a rate under 33% is simply not going to work. If you’re involved in high-consideration sales, you should be shooting for a closing rate of 50%. Top salespeople enjoy closing rates as high as 75%. For reasons I won’t go into here, a closing rate higher than that represents problems as well.

A rule I teach salespeople is that whenever a salesperson asks a prospect to buy and the answer is no, it’s the salesperson who made a mistake. Not necessarily that they didn’t close them, but that they didn’t identify the signals that a sale wasn’t going to happen earlier in the process.

There are two things a salesperson can do to solve this problem. First, they can slow down the sales process, and second, they can ask better questions...of themselves. The ability to ask the right questions of oneself is one of the primary personal attributes that separate good salespeople from average ones. While having the right answers is certainly valuable, knowing the questions to ask is what leads to consistent top performance.

Over the years, I’ve developed a few questions that I’m constantly asking myself from the first time I connect with a potential prospect all the way through presenting my final recommendations and asking for a check. When I look back on the biggest and/or best sales I’ve ever made, I can always trace the cause back to an action I took from answering one or more of these questions.

Conversely, when I look at the sales I should have won, but lost; or the sales opportunities I should have extricated myself from much earlier than I did, it’s always because I failed to answer - or more like heed the answer - of one or more of these questions.

Is the problem big enough?

This is probably the most important early question that a salesperson can ask themselves. Through painful experience, I’ve learned two things:

The single best indicator into determining what, if any, action someone will take in regards to a problem is how big they feel the problem is. Small problem, little action; big problem, lots of action.

Early in my active sales problem, I start determining how big I think the problem is and how big I think they think it is. If we’re viewing it the same, and the size of the problem is big enough to justify the actions I’ll be recommending, I move forward. If the answer is no, I determine what’s necessary to change the answer, and the probability of being successful. This process is crucial to my ability to spend the time necessary on the sales opportunities that yield positive results.

Who else is impacted by this problem? 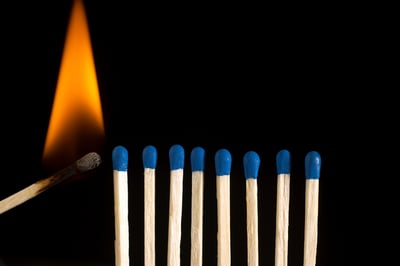 A very effective means of increasing the perceived size of the problem is to consider who else is impacted by the problem. Problems and impacts are often viewed through silos, creating many seen and hidden barriers to a successful sales process.

Recently (and often) I’ll begin my conversations with a marketing professional who’s engaged with our content. Because I know that the sales team is also impacted by the problems I address, I work to highlight and enroll them in the process.

This has two major benefits:

On the flip side, salespeople should also consider the question, “who else is impacted by my proposed solution,” to identify and address potential pitfalls and barriers to a successful sales process.

What other problems is this problem competing with?

Therefore, it’s important that I understand what other problems my prospect’s organization is working to overcome. By understanding the total picture, I can help my prospect more easily navigate complex decision processes, as well as to determine the likelihood that my recommendation will be overtaken by a bigger issue my prospect is dealing with.

There is simply no worse feeling than when your sales process concludes with a call from the person you’ve been working with for months to design an effective approach telling you that you were by far their number one choice. In fact, everyone was excited to work with you. Unfortunately, they have to deal with something completely unrelated before they can do anything with you.

What alternatives exist to solve this problem? 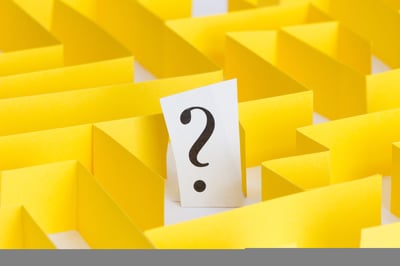 Even when I’m convinced that I’ve got the best solution to the problem, it’s important that I always consider what my prospect perceives as their alternatives. When you sell premium or total solutions, asking this question is increasingly important.

A company that I’m very familiar with offers superior software as a means of solving a very important problem. A competitor that they’ve ignored for years has suddenly started making headway in their market and is responsible for taking quite a bit of business from them. They provide a less robust solution (and they’d admit that), but it’s much simpler and less expensive. Because they only focused on solutions that were comparable to theirs, they’ve lost sales.

Another alternative that must always be considered is doing nothing. In many ways the status quo represents your biggest competitor. You should always be considering the situation your prospect is in and ask yourself what data or evidence is there that shows their commitment to change.

Why do they need to solve this problem?

A corollary to the previous question is why do they need to solve the problem. Recently I was introduced to a prospective client. They explained their situation and told me that they were intrigued by the concept of inbound marketing and what they thought it could do for them. They shared with me that they’d never really used online approaches effectively.

After they told me about their goals, I began asking them about their current approach. They spoke very confidently of how they go-to-market, how their salespeople perform and they shared many past successes. So I asked them the simple question, “Why do you need to add inbound, it sounds like things are strong as they are?”

They went on to expose that things weren’t quite as strong as they had said. They were seeing degradation in key metrics and were concerned about the long-term sustainability of their current approach.

While in this case I got the answer I was looking for, it’s not unusual that I hear something like, “Well, yeah things are good; but we always think we can do better.”  When the answer includes vague concepts like these, I’ve learned to walk away. These situations are always blackholes to sales resources. We’d all like to do better, but it’s highly unlikely someone will pay the fees we’ll be asking and change behaviors to make the investment work.

The failure to focus on this question is one of the top two causes of wasted sales time. When considering this question, be sure you can point to concrete business impacts (not platitudes) before moving forward.

Why haven’t they already solved this problem? 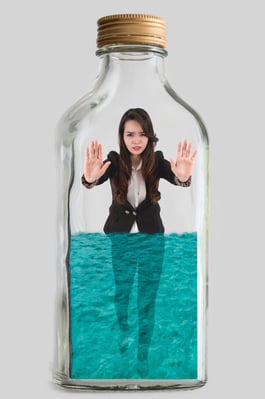 Despite the disclaimers on investment products, past performance is actually the best indicator of future performance. So, when a prospect begins talking with me about helping them solve a problem, I want to know what they’ve done and why they’ve failed to solve the problem.

A common cause is that they’ve always tried to under-solve the problem. This may represent itself as a lack of investment in solutions, a lack of organizational commitment or both. The good reason is that they tried something that they thought would work and it turned out not to.

Considering this question highlights important issues that need to be addressed through the selling strategy that is implemented. It also highlights the ultimate service and delivery to ensure that you create a happy customer and don’t have to deal with unnecessary angst in the implementation process.

Am I talking to all of the people I should be talking with?

This is the killer. It pains me to think of all the opportunities I’ve lost because I didn’t heed the answer to this question. It is so easy to fall into the siren song of a motivated role player who’s totally cooperative and excited about what you’re doing.

Just as the song of the mermaid leads men to death, so to does the failure to be talking with all the key role players lead to the death of a sale. Right now, I’m in the midst of a sale that is bogged down because I didn’t talk directly with everyone I should have.. I kind of knew that I was making this mistake, but I let the strength of the business case and the engagement of my contact convince me that it was okay.

Determining who you should be talking with is actually pretty simple. By answering the questions I’ve listed here, you’ll get a list of people who are involved and impacted by the decisions that are going to be made. From that list, determine who the primary influencers are and be sure that you’re talking with them. The conversation doesn’t necessarily have to be long, but you need to be engaged with them.

What’s wrong with this picture?

The thing I love (and hate) about selling is that there is never a pure scenario. I can create a list of rules, questions and processes that should be followed for success, but success is going to come down to being able to make the judgment of what exception you’re going to make without putting the entire process at risk.

This is why you must be asking yourself, “What’s wrong here? Why would I not be successful in making a sale here?” Too often salespeople overestimate the importance of the signals that favor a sale and underestimate the signs that indicate trouble. By asking this question continuously through the sales process, you’re able to identify, judge and potentially eliminate the red flags that present themselves.

For those red flags you identify, you’ll be able to determine which are deal killers (if this red flag is present, no sale will take place) and which are contributors (one or two of these issues won’t kill a deal, but more than that will). Your selling strategy will be far more effective when you’re addressing red flags than merely capitalizing on advantages.

While I certainly wish there were a way that I could give you a recipe that would guarantee a successful outcome in every sales initiative, there simply isn’t one. These eight questions come as close as anything I’ve ever come up. Begin asking yourself these questions (if you aren’t already) and watch how much more effective your actions become.

3 Strategies to Grow B2B Sales Without Impacting Your Budget

Growing a business is tough today. In a B2B sales environment, you must deal with intense...

One of the most popular social media platforms for B2B marketers at small to mid-size companies is...

The Trend That Can Kill Your B2B Sales Efforts

Welcome to the new home of The Demand Creator (formerly The Fast Growth Blog). I can’t think of a...