How To Create A Strong Hypothesis 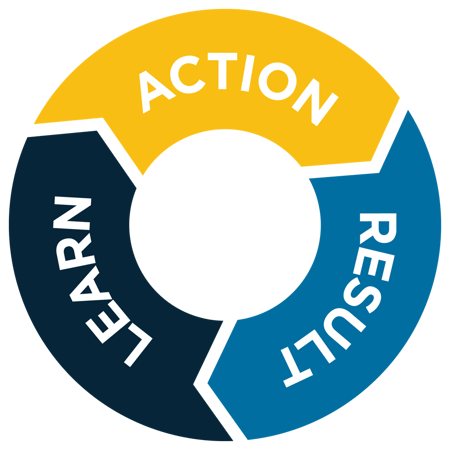 Last week Henry Cipolla, cofounder of DemandSage, joined us for an episode of The Black Line Between Sales & Marketing Podcast. DemandSage enables users to quickly, efficiently, and/or automatically get data from their HubSpot portal into Google Sheets so that it can be crunched, manipulated, assessed, or whatever someone would want to do with data.

Henry mentioned the importance of data science and in the process provided a strong definition:

It’s a hypothesis-driven method of getting answers and learning things. Data science is taking that method and applying it to your data to answer questions, learn things, and guide future actions.

Today, I want to expand what Henry was talking about to what I will dub Sales, Marketing & Success Science. It’s quite common to hear people say that sales & marketing is part science, part art (or witchcraft). I’ve said this countless times myself. I’ve become increasingly convinced that, despite this statement’s popularity, it’s wrong.

We often misapply the term “science” to mean rote, proven, etc. However, that’s a misapplication of what it means to be scientific. As Henry shared, the term science refers to its methodology.

There are six parts to the scientific method:

The linchpin to the method is step 3 - form a hypothesis.

In my experience, especially over the last five or so years, terms like tests, experiments, and hypotheses are far more accepted and more frequently expressed than ever. (This is a good thing.) But, in most cases, it’s really just lip service. The terms get used far more for justification after events have unfolded and results have presented themselves.

It’s unfortunate, since one of the strongest advantages available to an organization or individual is the ability to generate and utilize strong hypotheses to guide their decisions and behavior.

What Is A Hypothesis

A hypothesis is a specific, testable prediction about what you expect to happen. In other words, it’s an educated guess based upon varying levels of observation, experience, and data.

A crucial element in scaling any endeavor is the ability to increase the predictability in what is an increasingly unpredictable environment. Growth requires placing bigger bets, which inherently creates more risk; the scientific method is the best way to successfully scale.

With each cycle, you broaden and deepen your understanding, creating mastery that thrives even as conditions change.

As the image at the top of the post highlights, the objective of your hypothesis is to guide action, with an expectation of the result or outcome from that action. Only after the hypothesis-driven action is given the time necessary to achieve its outcome (which should be communicated in the hypothesis statement) can learning actually take place.

The opposite approach (which is the dominant one as well) is to attempt to learn before actions are taken and results can be adequately assessed.

Why Are Hypotheses Important

It’s better to be lucky than good.

Make no mistake, I believe that statement to be true. Unfortunately, while luck is certainly a required ingredient of any success story, it is not enough.

As I shared earlier, to grow you must make bigger bets as you go forward. I’m a big believer in making bets, but I hate gambling.

Poker is a great example of betting. Roulette or the lottery are examples of gambling. In poker, a strong player uses skills, knowledge, and experience to increase the probabilities of achieving positive outcomes. Roulette and the lottery are just blind luck.

The key to increasing probabilities is increasing the quality of the decisions you make. If you only judge decisions on the results of those decisions (referred to as resulting in poker) this does not lead to better decision quality.

The only way to improve is to practice with intent, and this is why a hypothesis is important. If you fail to start with a hypothesis, you (greatly) reduce the ability to learn.

Elements of a Strong Hypothesis

A strong hypothesis has five elements:

Here are a couple of real-life hypotheses we’ve used with our clients (identifying information has been removed):

5 Keys to Creating a Strong Hypothesis

If you tell me the quality of the hypothesis guiding actions, I’ll be able to predict the quality and velocity of the learning taking place. As your hypothesis gets stronger, the impact multiplies. I should note that creating a strong hypothesis is a lot harder than it looks, but don’t let that stop you from creating bad ones as you learn to create good ones. Here are five keys to creating better hypotheses:

2. Use the appropriate time frame. As a general rule, I like to set a hypothesis time frame somewhere between 1 - 3 months. Hypotheses that take longer than 3 months tend to get too complex and it becomes too easy to lose the signal through the noise. Those shorter than one month are likely not deep enough to drive the learning you seek.

3. Don’t mix multiple hypotheses together. A strong hypothesis pursues a single theory. This doesn’t mean you can’t run multiple hypotheses at the same time, but a good hypothesis should be as simple as possible. Note, this is one of the primary reasons why I don’t like long-term hypotheses. I’ve learned you can accelerate the learning and the progress by breaking up a longer-term or complex hypothesis in multiple theories.

4. A test/experiment is not the same thing as a hypothesis. This is one of the primary reasons I don’t like a single event hypothesis. You may test a single email, but that is not an effective hypothesis, though it very likely will be a part of what you do in executing one. You should be running multiple tests/experiments as part of your hypothesis. (Note: technically you should also run a null hypothesis to confirm your findings, but this post is focused on increasing the rate of learning, not writing academic papers.)

5. Celebrate failure! This is the biggest and most common error I see in failed attempts at utilizing this approach. We celebrate the hypothesis that turns out to be right and even punish those that are wrong. Let me be clear, if your hypotheses turn out to be right more than 50% (or even 1/3rd) of the time, you’re not being very effective.

The focus on “being right” limits experimentation. It stunts learning and growth. It encourages safety over growth. Realize that being right is often more about being lucky than being insightful. We actually learn far more through failures than successes.

Remember the goal here is to improve the decision quality for everyone on your team. The only way to do that is to push to the edges, and that means that you have to be ready, willing, and able to fail. The key to success is the ability to apply the learning towards ongoing activities and future decisions.

What it Means to be Data-Driven, How It’s Different from Metrics & How to Apply it

My daughter is entering her senior year in high school. I have to admit that there are times where...

Strategy Without Accountability Is Daydreaming

I was talking with a friend of mine, who is also a business owner.  He was kvetching about some...

As readers of this blog know, my father passed away on Thursday, March 19th.  I've gotten so many...