5 Actions for Sales and Marketing to Succeed Through Scary Times 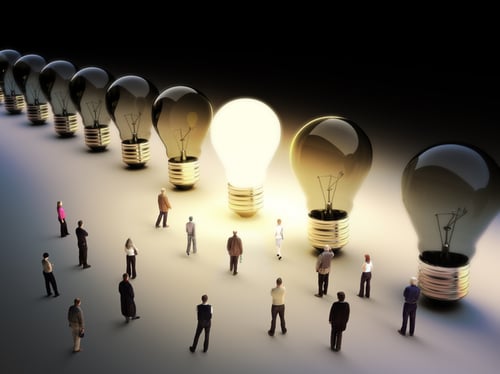 Things change quickly. Just six weeks ago, the economic conversations focused on the record-high balances of Americans’ 401Ks. While there certainly has been speculation about the possible (inevitable) market downturn/recession, the dominant questions were about how mild such a recession would be and whether it would even meet the technical definition of a recession.

Then in the proverbial blink of an eye, everything we thought we knew changed…radically. In a 24-hour period, America began to get serious about the pandemic that dominates news coverage today. Oil prices plummeted. Gary Cohn, past Director of the National Economic Council, referred to it as, "Where we were last month has nothing to do with where we are now... We are now dealing with an economy where there has been massive demand destruction in the oil market."

We all entered a new world on Friday, March 13th and it’s important that everyone accepts this. I do not believe for a moment we won’t get through this crisis. I am also confident (as I’ve always been) that better times lie ahead.

In times like this, I’m reminded of The Stockdale Paradox. Admiral James Stockdale was a Vietnam War POW for seven years. During this horrific period, Stockdale was repeatedly tortured. He found a way to stay alive by embracing both the grim reality of his situation and healthy optimism.

Stockdale explained: "You must never confuse faith that you will prevail in the end — which you can never afford to lose — with the discipline to confront the most brutal facts of your current reality, whatever they might be."

This paradox holds a great lesson on how to achieve success and overcome difficult obstacles. It also flies right in the face of the unbridled optimists and positivity peddlers whose advice pervades nearly every Twitter, LinkedIn, and Facebook stream today.

Stockdale discussed this paradox with author Jim Collins in the book Good to Great, where he spoke about how the optimists fared:

Collins: Who didn't make it out?

There is good news. Difficult times are your opportunity to stand out and be rewarded for taking strong action and making good decisions. It is in difficult times that good companies separate themselves from their peers and become great.

Difficult times, properly managed, are called defining moments in hindsight. Here are 5 actions to take on the go-to-market side of your business to make this a defining moment for you and your company. By the way, I’ll be sharing more details on this Wednesday in our upcoming webinar. (If you’re reading this after April 8th, you can watch the recording of the webinar.)

1. Focus on Your Core

It’s important to acknowledge that while the pandemic-driven lockdown is the acute cause of this crisis, there were growing signs of market deterioration before the first COVID-19 case occurred. Mind you, that’s not usual. We were in the midst of the longest period of economic expansion in modern times.

One of the things that happens as growth cycles mature is that businesses tend to get increasingly opportunistic. With higher profits and more investment capital, the natural tendency for businesses is to expand their markets and offerings. There’s a fine line between “growing from your core” and losing it altogether.

I saw this tendency often in the last recession. I wrote about this in March 2009 in a post titled Reigniting Your Growth Engine:

At the risk of being trite, this recession represents a giant reset. Properly navigated, it also represents opportunity. I've said before that the underlying cause of the recession is a failure on the part of businesses to create value. The reality, at least as it exists today, has proven that much of the revenue and profits that businesses enjoyed were an illusion. Today, you must decide if you are going to pursue a strategy of real, sustainable profits or are you going to attempt to recapture the illusion.

Good times are a great time to broaden your growth focus. Scary times are when you need to focus. Where are you the best? What are your best areas of opportunity? Focus (and continue to invest) in those areas.

We were all given a strong dose of the “red pill” on March 13th. For years we’ve heard how strong the economy was and how companies were making record profits. Then we saw that most companies weren’t in a position to survive for even two months.

Now there is a contingent of delusional optimists who are saying that we’ll be back to normal by summer and/or that because this is a manufactured recession we’re going to see a V shaped recovery and everything will bounce right back.

Humans hate uncertainty, and we’re naturally motivated to do whatever we can to convince ourselves that we have it. And the simplest way to do that is to believe that when we get to the other side of the crisis things will go back to how they were. But we know they won’t, and right now is the time to accept that so we can begin to adjust to this emerging new reality.

Accept the fact that any set of assumptions you had before March 13th is of little value today. The rate of unpredictability will certainly multiply in the near to mid-term.

Rebuild your models to account for this uncertainty. Then, implement a plan of action to increase the control you have and to capture valuable insights to drive better decision-making. (I’ll be sharing more details on this in our April 8th webinar, and we’ll be hosting a webinar on April 28th exclusively on this topic.)

The fact is that even very well run sales and marketing organizations were paying a significant “friction tax” caused by legacy systems, poor structure, poorly designed scoreboards, and conflicting processes. Our assessment pegged this “tax” at about 30% for strong organizations and close to 50% for good ones. A 30% friction tax means that the actual impact of activities your customer acquisitions and success teams generated was only 70% of what they should have been. The net result was that your teams have been working harder, your costs have been higher, and the risks you’re taking are more than they should be for the results you were generating.

When the economy is strong and you’ve got a tailwind, waste like that can be tolerated. For the last decade, many businesses have been dealing with growing demand levels that made it easier (and, at times, possibly even more profitable in the short-term) to simply spend more money (headcount, paid advertising, etc.) than to fix the underlying problem, better utilizing their people and resources.

That approach can work when demand is growing, but it’s devastating when demand levels are off or slowing. In this case, we’re not seeing something that is far more than a slowdown.

If your goal is simply to survive this disruption, let alone emerge stronger on the other side, you simply cannot afford this waste. Now is the time to eliminate this friction tax.

4. Invest in Engagement & Activation - A Business’ Most Valuable Asset

In 1999, Seth Godin published Permission Marketing and shared that the most valuable asset a business had was the permission of their desired markets to communicate with them. Unfortunately, businesses have misused the permission that was once so valuable.

Last month, we introduced The DEALS Framework, to provide a structure to guide decisions, along with actions to create a high-impact, high-ROI, high probability customer acquisition and success process. We did not anticipate that the immediate application of the framework would be applied in such a difficult market as we find ourselves in now. But if we had anticipated this crisis, we could not have come up with better guidance.

Here’s a fact you have to accept. Many customers that were ready to buy a few weeks ago, may not be buying anything from you for quite some time - and there’s nothing you can do about it. If you want to minimize the time to their next purchase, separating yourself from the highly competitive market you likely found yourself in, you can focus on generating quality engagement and activation.

You do that by communicating consistently and openly. Scary times are not the time to go quiet. Quite the opposite. Quality content, with a strong point-of-view is more important than ever. Sharing and promoting that content (and, yes, making sales calls) is also more important.

But, you must go back to basics. In 2004 I launched Lift with a three-part article on Avoiding The Commoditization Trap. Candidly, if I were starting Lift today, I’d likely release the same series. The first part of the series focused on creating value. I encourage you to read that article and ensure it applies to everything you’re doing today and in the future.

5. Remember, You Can’t Cut Your Way to Success

The first recession I experienced occurred in the 1970s. Mind you, I didn’t know that it was a recession (I was far too young to know what that means). My parents owned a travel agency, and while I didn’t know it at the time, the economy was difficult. I would hear my parents talking at their work table while my brother, sister and me were watching television, and my dad would say to my mom: “You can’t cut your way to success.”

In December 2008, I shared this advice on the keys to getting through a recession: 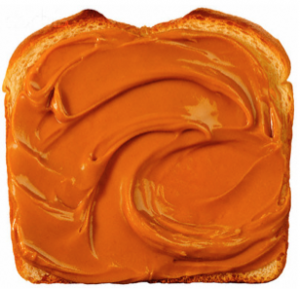 I understand the fear about this market. I'd be lying if I didn't say that I wasn't concerned. Here's what I know: today, there are two critical objectives for every business:

Are you going to need to make cuts? Yeah, almost certainly. It’s highly likely you should have made some cuts much earlier. (See point 3.) But be smart about how you cut. Use a scalpel; don’t take the peanut butter approach, with cuts across the board.

You can’t cut your way to success. While you make your cuts, be sure to identify the core areas (point 1) that will provide stability through this storm and serve as the foundation for the reignition of growth. You’d be wise to invest in those.

Can You Give Me A Price?

Last week, I was working with a brand new client on sales strategy.  They had an opportunity to...

3 Actions Marketers Should Spend Time on During a Crisis

I find it very interesting and a little humorous that it’s during difficult times that companies...

5 Things Marketers Can Do To Generate First Action