HubSpot Announces Powerful Enhancements to Their Growth Stack at Inbound 2020

HubSpot Has Become A True Platform

A few weeks ago Mike Donnelly and I were talking about how to build a strong tech stack on The Blackline Podcast. We concluded that one decision is as important as every other decision combined. That decision is what platform you will use.

HubSpot has been talking “platform” for at least five years. There were several periods where I worried it was more talking than walking. Today, I can say that HubSpot is a platform, in every sense of the word.

The “power” of HubSpot has always been its ease. They've always focused on building for the user and keeping things simple.

But, companies that required more robust capabilities to support more complex processes had to make a choice. The downside of ease showed itself, and companies had to choose between a powerful platform or a simple one.

One of the main reasons I made a BIG bet on HubSpot almost 10 years ago was because they always look beyond barriers. They approach common barriers as the raw material for high-value innovation. Historically users have always had to make a simple trade-off. Do you want powerful capabilities & flexibility or do you want ease and simplicity?

Earlier this year HubSpot promised that this was a false trade-off. They exclaimed it’s no longer power vs. ease. Rather it should be power and ease.

With today’s announcements, that promise is a reality. 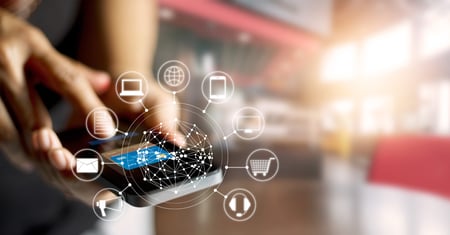 For companies that have more complexity, one of HubSpot’s biggest weaknesses was the inability to create custom objects (relational databases). HubSpot’s platform was simple, but for many, it was too simple.

With HubSpot, you got four objects: companies, contacts, deals, and tickets. That was it.

Now with HubSpot, you can create additional objects to support the unique attributes of any business’ go-to-market efforts.

Today’s announcement addresses many of its flaws, while also providing some simple and very proactive enhancements:

HubSpot is going all-in on reporting. Over the last three years, they’ve transformed a major weakness into a core strength (and I can’t wait to see what they announce in 2021).

The enhanced reporting capabilities provide greater flexibility in terms of the reports and layouts, making it easier to get the right information for the right people in the right context at the right time.

Their partnership with Snowflake is also enabling them to bring important data into HubSpot, which will enable Reporting to be a single source of information for customer-facing activity and outcomes.

Products and Quotes have increased their robustness, becoming objects themselves. This gives you the ability to manage things more efficiently and effectively.

Additionally, the ability to create custom quotes and to house those quotes on your domain has been added.

While still not quite to parity with full-fledged CPQ applications, it’s getting close.

When we’re building or implementing tech stacks, we follow some first principles:

If you’re a mid-market company (or smaller) there is only one platform that enables you to meet all of these criteria. It’s the primary reason we recommend HubSpot as distinctly as we do.

Built for the Sales Rep 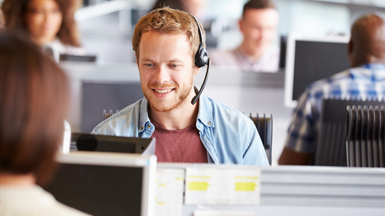 I still remember when Brian Halligan stood on the stage of the BCEC and asked the question, “What does a sales hero need? A sidekick.” This ushered in what has become the Sales Hub.

HubSpot has always built its sales tools for the salesperson. While this may sound obvious, up until that point CRMs were built for senior executives and were cumbersome for sales reps.

That choice made HubSpot easy to use, but it also required a sacrifice in the power and controls the application could provide.

The biggest compliment I can give is that as the power of HubSpot has increased it’s still built for the rep.

The platform is now built for both.

Our first principle of tech implementation is: The business process must drive the technology, not the other way around.

Wow…there are a lot of things marketers can measure these days. For years, it was difficult to...

The 5 Dominant Sales & Marketing Trends That Will Determine Tomorrow's Winners

Note from the editor: The following post is an excerpt from The Revenue Acceleration Manifesto. You...